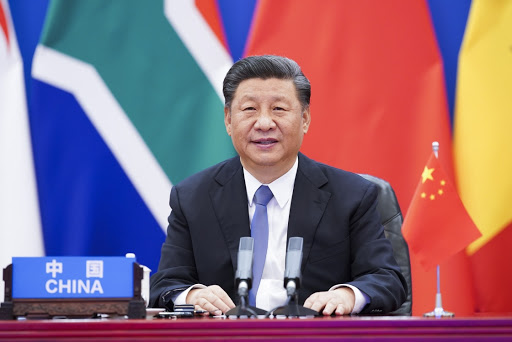 Within the FOCAC framework, China will cancel the debt of relevant African countries in the form of interest-free government loans that are due to mature by the end of 2020. This was announced by Chinese President Xi Jinping when he chaired the Extraordinary China-Africa Summit on Solidarity Against COVID-19 in Beijing on June 17, 2020. In his keynote speech entitled “Defeating COVID-19 with Solidarity and Cooperation” delivered at the summit, President Xi also announced that for those African countries that are hardest hit by the coronavirus and are under heavy financial stress, China will work with the global community to give them greater support, by such means as further extending the period of debt suspension, to help them tide over the current difficulty.

President Xi put forth a series of important initiatives and proposals in his keynote speech. The President stressed the need for China and Africa to stay committed to fighting COVID-19 together, enhancing China-Africa cooperation, upholding multilateralism, and taking China-Africa friendship forward. Common efforts in these areas will demonstrate the firm determination of the two sides to defeat COVID-19 with solidarity and cooperation, point the way forward for epidemic response and practical cooperation between China and Africa, chart the course for the future of China-Africa relations, and unleash strong, positive energy for the international community to secure an early victory against COVID-19 through solidarity and cooperation.

The Summit is a special gathering of Chinese and African leaders as the two sides are uniting efforts against the disease. The leaders had in-depth exchange of views and reached extensive consensus on supporting Africa’s COVID-19 response and strengthening China-Africa and international cooperation against the virus. The Summit issued a joint statement which reflects the common position of China and Africa on a series of major issues. With the warm and friendly atmosphere, the Summit turned out to be an efficient, pragmatic, productive and highly successful one.

The Summit is most relevant and timely, and its important influence and far-reaching significance will be long-lasting.

First, the Summit further promoted China-Africa solidarity against COVID-19. At the Summit, Chinese and African leaders agreed to step up joint efforts to combat the disease and build a China-Africa community of health for all. At the height of China’s battle against the virus, African countries offered their invaluable moral and material support. In the same spirit, China has and will continue to give full support to African countries as they fight COVID-19, including by sending supplies and medical expert teams, and speeding up the construction of the Africa CDC headquarters. China pledged that once its development and deployment of COVID-19 vaccine is completed, African countries will be among the first to benefit. China will also ramp up support for African countries and heavily indebted poor countries on the basis of the G20’s Debt Service Suspension Initiative. To cushion the impact of COVID-19 on China-Africa cooperation, the two sides agreed to strengthen Belt and Road cooperation and the follow-ups to the FOCAC Beijing Summit with greater priority given to cooperation on public health, economic reopening, and people’s livelihood, and to deepen cooperation in areas such as trade, connectivity and digital economy. These initiatives and proposals meet China and Africa’s shared need for coordinating COVID-19 response and economic and social development and will play an exemplary role internationally.

Second, the Summit further demonstrated the strong mutual support underpinning the China-Africa relations. As President Xi Jinping noted, closer cooperation between China and Africa is needed more than ever in order to tide over the current difficulties, a point echoed strongly at the Summit. African countries commended China’s major strategic gains in COVID-19 response and expressed high appreciation for its substantial assistance for Africa’s fight against the disease. It is clearly written in the joint statement that China supports African countries in exploring development paths suited to their national conditions and opposes interference in Africa’s internal affairs by external forces. China supports Africa in implementing its “Silencing the Guns” campaign and calls for an early lifting of economic sanctions on the Republics of Zimbabwe and Sudan. The African side firmly supports China’s position on Taiwan and Hong Kong, and its efforts to safeguard national security in Hong Kong in accordance with law. The two sides, always enjoying each other’s understanding and firm support, once again displayed with concrete actions the fraternity between them come rain or shine and the spirit of the China-Africa community with shared future.

Third, the Summit further boosted global confidence in an early victory against the virus. Recently, multilateralism is facing headwinds, racism is resurging, and some country attempts to politicize the virus, putting international equity and justice under challenge. President Xi Jinping stressed at the Summit that in the face of COVID-19, solidarity and cooperation is the most powerful weapon. Applauding President Xi’s remarks, African leaders noted that in the face of the virus, no country is superior to others or can beat it alone. Only when humanity work in solidarity and collaboration and respect each other can the disease be ultimately defeated. China and Africa called on the international community to firmly uphold multilateralism and oppose unilateralism and racism. They urged for joint support for the leading role of the United Nations and WHO in the global response to COVID-19, and stressed the need to oppose politicizing and labeling COVID-19 and avoid racial discrimination and stigma. The important consensus reached at the Summit, in keeping with the trend of the times, will help promote global response to the virus, safeguard the common interests of China and Africa and the entire developing world, and uphold multilateralism and international equity and justice.

The Summit wrote a new chapter in China-Africa relations. It is believed that emerging from the test of COVID-19, the bond between China and Africa will only become stronger and China-Africa friendship will strike deeper roots. Going forward, just like President Xi said, humanity will ultimately defeat the virus, and the Chinese and African people are poised to embrace better days ahead. China will work with Africa to follow through on the outcomes of the Summit to bring more benefits to the people of both sides and the whole world.